Yellowstone Cutthroat Trout are making a slow but steady comeback in Yellowstone National Park, which is good news for anglers and trout alike. According to Yellowstone National Park Fisheries biologist Dr. Todd Koel, this is due in large part to the Cutthroat Trout Restoration Project. A project which includes gill netting and potentially electroshocking of non-native Lake Trout. These large, aggressive trout are a major predator to juvenile Cutthroat. Over 1 million Lake Trout have been killed since 1994, half that number between 2012-2014 alone. It’s suspected the invasive Lake Trout were illegally dumped into Yellowstone Lake decades ago and the battle has raged ever since.

Yellowstone Lake is the largest, highest elevation lake in North America and one of the primary breeding and juvenile rearing areas for Yellowstone Cutthroat Trout. This is where most of the project’s efforts have been focused.

As Dr. Koel remarks, “Yellowstone Cutthroat Trout continue to see a rebound in Yellowstone Lake. And we again saw an abundance of young juvenile fish recruiting back to the ecosystem.”

Great news indeed for the greater Yellowstone ecosystem, nature enthusiasts and particularly fly fishing anglers. We can look forward to sustainable native trout populations in the near future.

To read a full article of this blog please visit Wyoming Public Media. 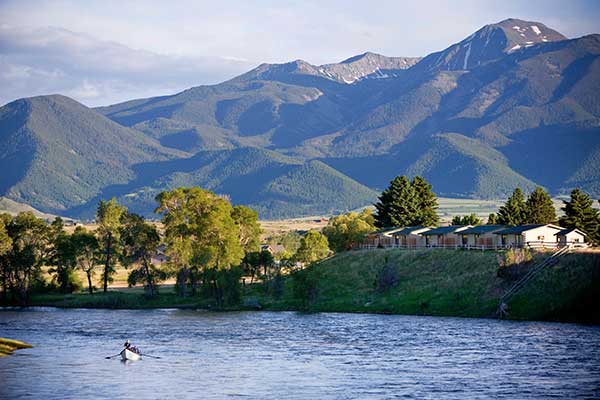 If you’re like us and enjoy Montana fly fishing , this will be the best 10 minutes you spend all day. We guarantee it!

This video is a first-hand look at the water and trout in their natural setting and was first brought to our attention by the boys at Sweaty Waders.  Along with some insight into some major threats to the Yellowstone Cutthroat’s survival.

No wonder so many of us guides, anglers, and outdoor enthusiasts live right here – simply AWESOME.